De Rougemont Manor – a Tale of Two Families The Heseltines & The Hiltons.

Where it all began – The name Heseltine is strongly associated with De Rougemont Manor, or ‘Goldings’ as it was previously known when it was a private house. It was here in 1875 that stockbroker Evelyn Heseltine brought his bride Emily to live.

That year Mr Evelyn Heseltine had purchased two modest farmhouse cottages called ‘Goldings’ and the majority of land in Great Warley that came with them, and over a period of years extended these into this impressive building you see today. He enlarged the property to 20 times its original size, creating many rooms of great character, all beautifully furnished for his family and the large amount of estate staff that also lived there. 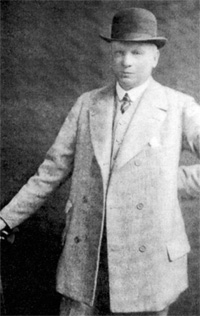 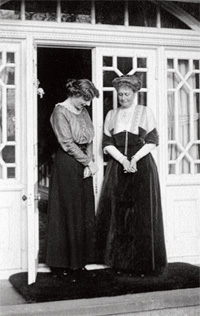 Money was no object; stables, coach-houses and even a chapel were added and when complete, the Heseltine’s were proud owners of a magnificent country residence. When the family decided to make Goldings their country seat, they commissioned the renowned architect Ralph Nevill to carry out the work, and eventually in 1881, they moved into this grand renovated manor house.

Evelyn Heseltine was an extremely successful stockbroker, a man of immense wealth and energy; he set to work not only on Goldings but also on Great Warley. He built many properties in the village, he also owned several local farms and employed large numbers of staff to work in them and also handpicked ‘favoured’ residents to be part of his private staff. Practically every local family worked for Mr Heseltine and he was much respected.

Perhaps, the most renowned of these building projects was the creation of the wonderful mother-of-pearl church, St Mary the Virgin only 300 metres down the road, which was dedicated to the memory of his brother Arnold, Evelyn was particularly close to his younger brother Arnold, who died in 1897, leaving a widow and a baby son, Philip. 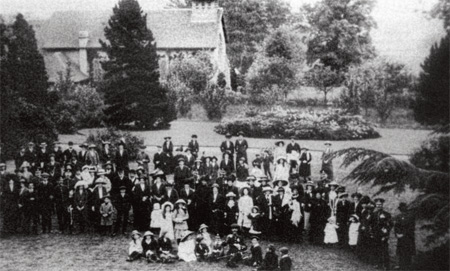 The Marriage of Muriel and Cecil Henry De Rougemont

The design and furnishings of the church were entrusted to the architect Mr. C. Harrison Townsend and Sir William Reynolds-Stevens, sculptor and interior designer, both eminent artists in their fields, they could be expected faithfully to reproduce the then contemporary Arts & Crafts style for the interior. The best preserved of only 3 Arts & Crafts churches in the country, the church itself attracts thousands of visitors a year. It was also here at St Mary the Virgin that the Heseltine’s daughter, Muriel, married Brigadier General Cecil Henry De Rougemont (known as Roger) in May 1914. The whole village turned out to wave the couple off on their honeymoon. 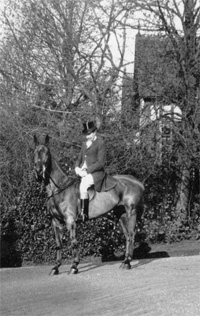 During World War One the Heseltine’s donated one of their large local houses ‘Coombe Lodge’ to be a military hospital. Whilst her husband Roger was abroad fighting for king and country, Muriel was Commandant of the VAD Red Cross unit at Coombe Lodge and she was awarded an OBE for her service. Her Husband retired from the army in 1920 as a much decorated officer. He was a British hero of the Boer war and is featured in the Anglo-Boer war collection of memorabilia in The Kedar Country Lodge in Boekenhoutfontein, South Africa.

Evelyn’s wife Emily Heseltine kept records of her life in Great Warley – “Gold Dust” was the comment from a local historian when she saw just one of dozens of diaries belonging to the late Mrs Heseltine. The diaries detailed the day to day world of one of Brentwood’s leading families covering the turn of the 20th century through to the 1920s. The current owners still have the diaries in their possession.

Another person to recall those times long ago was the late Eva Baxter, who was a very colourful lady and had lived most of her life at Great Warley. Eva’s father worked for Mr Heseltine at Codham Hall Farm. She recorded her memories of life in the village. She wrote: “I knew Mr Heseltine’s daughter, Muriel, who married Brigadier General De Rougemont in May 1914.” The couple had two boys, Richard and Denys. Richard was a lieutenant who died in the second world war aged 22 and his brother Denys served on Brentwood Council and was a governor at Brentwood School”.

“But it was Philip, the nephew of Mr Heseltine (born on 30th October 1894) whom I most remember when I was a little girl in the 1920s”. Philip often came to stay with his family at Goldings during his holidays from Eton. He was musically gifted and firm friends with the composer Delius. “Philip also became a famous composer like his best friend and called himself Peter Warlock”. “Sadly he took his own life in 1930, shortly after Mr Heseltine died, but still his music is famous the world over”. 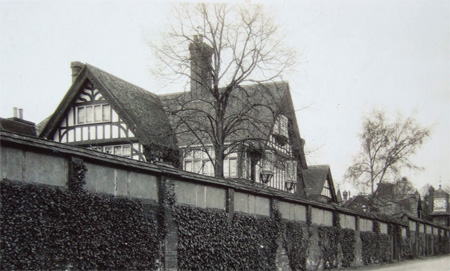 Once settled in Goldings the family lived a very busy, exciting life, Emily Heseltine organised many social functions in the ‘long room’ which was above the stables now ‘The Goldings Suite’, it was a big room with a stage at one end and people entered by an outside staircase. This was the centre of village life. Here the Goldings Scout Group, Girls Friendly Society, Goldings Drum and Fife Band and other societies met. There were dances, socials, plays and concerts throughout the year with busy Harvest Celebrations, but Christmas was the most magical time for the locals when every year the generous Mr & Mrs Heseltine would erect a huge tree and have hundreds of presents underneath it for all the workers and staff.

Eventually when her parents passed away Goldings Estate was passed down to their daughter and son in law Brigadier General & Mrs De Rougemont who both loved riding with the Essex Union Hunt and Goldings remained at the hub of the village. 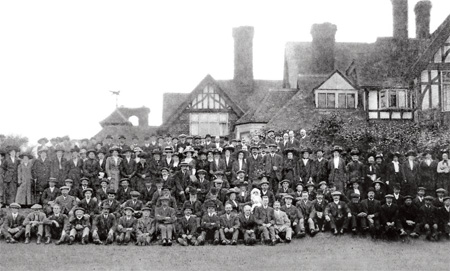 In 2001 the Hotel suffered a devastating fire which affected 95% of the main building; luckily most of the ground and first floor areas could be restored. The rebuilding work took place along with the addition of some 45 new bedrooms, the hotel has changed in some aspects from its days as a private home but the main historic old building and the adjacent coach house and all of their original features remain as a testament to these two families.Muriel De Rougemonts’ husband ‘Roger’ died of natural causes in 1951 and her remaining son Denys in 1959, leaving her to manage the estate alone, which she did well. She was a strong, determined woman, very active still riding locally well into her seventies. Muriel was the last member of the family to pass away in 1967. A year later local businessman and entrepreneur Ian Hilton purchased Goldings. His vision was to convert the old manor house into a Hotel and Country Club and it was opened in 1969. He renamed it “The New World Inn” and it later became “The New World Hotel”, The Hilton Family have owned and managed the Hotel ever since. The present owners of De Rougemont Manor, Davine Laybourn, Victoria Kelly and Jason Hilton have wonderful memories of their childhood at the hotel in Great Warley, and now their own families are involved in the hotel, working alongside their parents and the 65 other staff ensuring each guest gets looked after.

In commemoration of Muriel and Roger, Ian Hilton renamed the Hotel ‘De Rougemont Manor’ in 2006. When he passed away in 2010 the Hotel was left to his son and two daughters. They were young and ambitious and since they have worked tirelessly to make the hotel the success it is today. In the last few years the hotel has been busier than ever, service and facilities are always improving and in November 2013 the hotel won ‘Best Large Hotel in Essex’ at the Essex Tourism Awards. 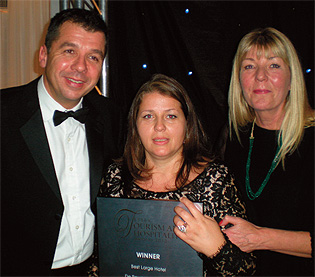 The Hilton family have been researching the history of the hotel and have uncovered many interesting stories and old photographs, some of which have been digitally restored and placed on show in the public areas of the hotel for all to see. We hope you enjoy them.

This wonderful building has only ever been owned by two families, both committed to excellence and both ensuring that this grand old manor house plays a key part in the local society of Brentwood and Great Warley.